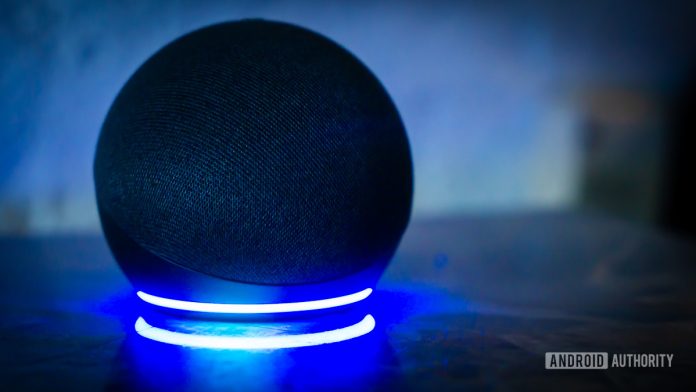 Imagine your smart speaker suddenly starts talking like your deceased relative. Would it make you happy, or does its sound downright creepy. It’s obviously subjective, but it’s the latter for this writer.

Anyways, Amazon recently boasted about Alexa’s ability to mimic the voice of a dead relative. The feature was presented at the Amazon re:Mars conference in Las Vegas by Rohit Prasad, Senior VP and Head Scientist for the Alexa team.

On stage, Prasad said that while AI cannot eliminate the pain of losing loved ones, “It can definitely make their memories last.” A video then played out where a child asks Alexa — “Can Grandma finish reading me The Wizard of Oz?” After she says, “okay,” Alexa goes on to speak in the voice of the child’s grandmother.

Prasad explained that engineers have enabled a way to make Alexa speak in anyone’s voice after listening to a recording of it for less than a minute. Previously, something like this would require hours of recordings in a studio.

“Our dreams and science fiction are becoming a reality,” Prasad said to the event’s audience. Indeed, AI is reaching new levels of human-like behavior (not sentience) thanks to advances in Machine Learning. However, a feature like this may not sit well with everyone.

Amazon hasn’t said anything about Alexa gaining the ability anytime soon. The company was possibly just showing off the digital helper’s capabilities.

While a feature like this might be helpful, for instance, when you want your kids to hear your voice through a smart speaker instead of Alexa’s, some folks might be uncomfortable with how it could be misused. It’ll also be really easy to get Alexa to mimic the voice of a dead celebrity by just making it listen to a publicly available interview excerpt. There are many possibilities.

What do you think? Should AI assistants be allowed to mimic human voices, especially of dead people? Share your thoughts in the comments section below.