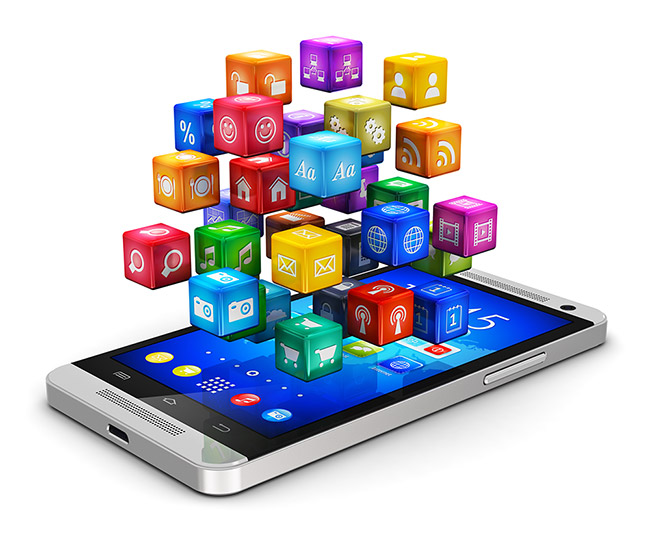 Retention:  I talk a lot about growth but growth can’t happen without retention. Because the basic part is retention. On top of that is monetization. The more you retain users the more you’re able to make money.  The more money you’re able to make, the more you will be able to use that for growth. So, all that big cycle is driven by retention.  So everything starts with number one, retention you really can’t drive to stay in growth without that core, retention.  I’ll cover retention more in depth in another article. What I want to tell you now is the number one way to get users to come back to your app is through push notifications in fact over 60 percent of Android users and 45 percent of iOS users opt in to receive push notifications.  So it’s an important key.  In another article I’ll show you how to properly ask for push notifications.

Subscription: Another important key is Subscription. There are a lot of signs pointing to why retention is going to be a big thing. It’s going be the pricing model moving forward.  Obviously, SAS products they all do retention. People love it. People love investing in apps and businesses that have recurring revenue. It just makes sense. I’ll tell you a few key signs of why subscriptions are going to be so key element in app growth and revenue generation. Apple is starting to take less. Their normal cut is 30% but after the first year that your app has been using subscriptions, they’re going to  take, if you retain your users  15% only. If your users stay on for a year you’re only going have to pay Apple 15%.  During my interview with Eric Seifert, he talked about how games should start utilizing subscriptions too.  Once games start using it and they start making a ton of money. If you look at the top grossing charts you’re going see the top ones subscriptions. For example, Netflix, HBO Go, Hulu, Pandora… they all have subscriptions and they are now the top grossing apps in the App Store. The obvious part is that once you have a good Subscriber base, as long as, you’re not losing a whole lot of people every month you’re not churning out users every month you’ve got a base of revenues that you can just take to the bank. So all you have to do is focus on bringing in more users, more subscribers and losing less. And your pile of cash just keeps growing and growing and growing. That’s what makes subscriptions so attractive to business owners and also to investors if that’s where you want to go. If you’re thinking about a new app idea, think about how you can monetize through subscriptions. It doesn’t make sense for everything but I’m sure there’s a clever way that you can do it.

Google UAC:  That’s right, I said it. Google universal app campaigns. A lot of the bigger guys say they are taking a lot of their Facebook money and putting it on to Google. What they’re saying is they’re seeing a lot better results from Google UAC than they were on Facebook.  Now Facebook is all the rage because the targeting is insane but now that they’re starting moving some of that Facebook budget into Google.  We really have to start paying attention to it. If you’re not familiar with Google UAC all you got to do is provide a few lines of text,  give some design assets like  banners, maybe even a video and that’s it. Google will do the rest. They’ll automatically figure out where to put it. Based on your budget and based on your CPI targets they decide where to put it, whether to put on search their normal mobile or web search,  Google Play,  YouTube and even the Google Display Network.  You don’t have to do a thing. They are going to programmatically display your ads on these on different networks to see which one performs the best. like I said the big guys are seen tremendous results from Google UAC.  The downside for us indies is that it requires a bit of money to really start figuring out which networks are going to work. You usually have to front up about five thousand dollars just to get any type of results. But after that obviously you start performing a lot better. If you can do a five thousand dollar test so that Google can figure stuff out and then later on they’ll start optimizing for it, that’s just the downside for us indies. But the upside is a lot of the bigger guys are not using it yet so this is our time to start really get in there. They are already talking about it. They are talking about using it. So it is our time to really get in there before they do. That’s very key for us and you guys. We have to be first mover because if  the big budgets come through it’s not going to work out for us anymore.

Alright that’s it guys. Three simple tips to really help you thrive in the app business. I’m going to recap it real quick: 1) Retention: Really focus on bringing your users back into the app building a really quality app that people wanted to use and make sure they come back they don’t forget about you as well. 2) Subscriptions business model is going to be the model that really helps you thrive in the app space and while we all hate subscriptions on as a  consumer, I’ve got a ton.  Netflix,  Hulu, Amazon Prime, Scribd..  We all have them but doing that from a business perspective also makes sense for you. Lastly check out Google UAC. It may require a little bit more budget than you may be willing to fork over. But if you do have that budget definitely start testing it out. Because the big guys have already figured out that it has worked out for them. It is definitely worth checking out.

How to Succeed in the App Business : Three Awesome Tips!

 How to Make an App – Secrets Top Developers Use to...

The 10 Best Android Apps for Productivity in 2023